0
The New Year’s resolutions for elevator safety that you should make
09 January 2018
December 4, 2017 by admin in Industry Insights
A look to the future: Cool elevator and escalator technology

While we may think of elevator and escalators as nothing more than everyday vehicles of transportation, they are in fact — sophisticated pieces of machinery.  Made up of motors, pumps, cables, conveyor belts, handrails, controls, steel cars and much more, elevators and escalators are feats of engineering, assembled together to create a modern-day convenience that has helped make transportation in tall buildings accessible.

To the non-assuming user, it may appear that these trusty machines have remained unchanged for centuries. In reality, since its first recordings in history by the Ancient Egyptians, elevators have seen and undergone impressive innovation from Antiquity through the period of industrialization to today. As accustomed as we are to these machines, there is still quite a bit of modernization and development that is being put into the industry to make these transportation devices more efficient and user friendly.

Here are are some exciting elevator and escalator technology that we can expect to see in the future.

Thanks to LG’s newest escalator accessory, germaphobes can breathe a little easier. Already picking up traction in Europe, LG’s Handrail UV Sterilizer will hopefully soon be making its way to the US escalator industry.

Easily installable, the Handrail UV Sterilizer removes 99.99% of germs that live on escalators before it comes in contact with human hands.  While typically the only way to remove germs is to wipe down the rails after it comes in contact with hands, the Handrail UV sterilizer is installed on the front of the handrail. As the conveyor belt passes the detection point, the device sends UV rays (harmless to the human body) onto the handle killing all germs every time it passes.

Using energy from the movement of the handrail itself, no extra power is required to power this device, sure to clean up once it’s released into the American market! 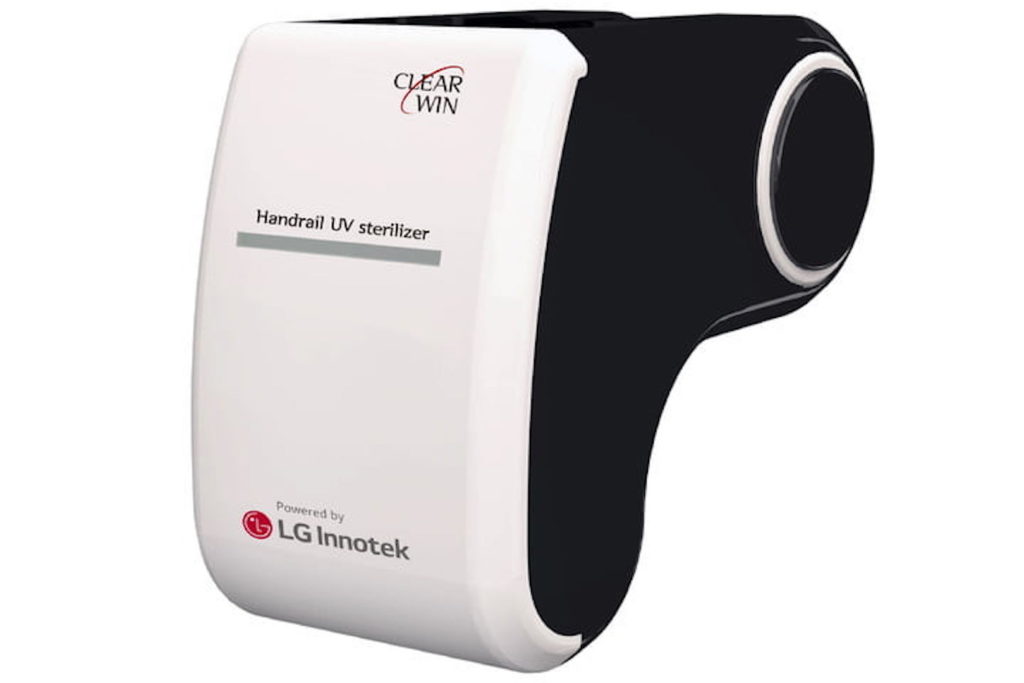 Silicon Valley has long been buzzing about the future of self-driving vehicles and right on trend is long-time elevator giant thyssenkrupps Elevators testing self-driving delivery service vehicles. Partnered with TeleRetail, a pilot program will be introduced by these two companies where delivery robots will deliver spare parts to on-site service technicians. By introducing these cloud-based driver-less delivery cars, thyssenkrupps and TeleRetail hope to usher in a new era of logistical servicing for the industry by saving time, money and resources using these compact self-sufficient delivery cars.

The ultimate goal is for these robots to reduce gas emissions from larger man-driven vehicles while giving on-site technicians quicker access to spare parts, allowing them to complete jobs faster than ever before.

If you see a little blue car zipping beside you on the street in the future with no one in the driver’s seat — don’t worry! It could be just an elevator being serviced nearby! 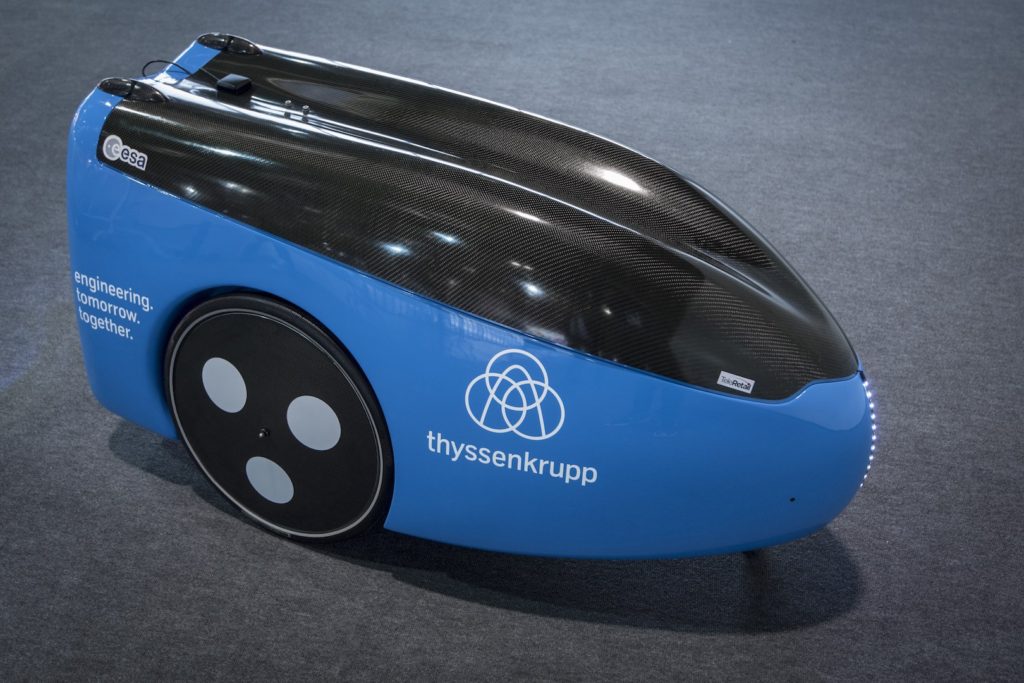 Clearly a company on the forefront of innovation, thyssenkrupp also has plans to build its very first ropeless elevator, using their own technology called MULTI, which will enable their elevators to travel side to side as well as up and down.

With this new technology, thyssenkrupp’s CEO, Andreas Schierenbeck hopes to make tall buildings more efficient than ever. Currently, when an elevator is built, the design of the elevator is a large consideration,  since cable systems take more space the higher the building. For 150 years, elevators have been depending on ropes, but using MULTI, elevators at thyssenkrupp’s test building will run on magnetic tracks, potentially changing the way that tall buildings will need to be built in the future. By allowing multiple elevators to run at the same time on different routes, and freeing up extra square footage for commercial and residential purposes, the construction of tall buildings will never be the same.

But the question remains… if an elevator doesn’t go up and down, is it a still an elevator?!The future of the industry has a lot of exciting innovations and ESS is proud to be a part of such a cutting-edge time for the sector. If you’re an elevator company looking to get get an integrated ERP system that’s built specifically for your elevator business, contact us today for a free demo.

Stay up to date with ESS news and events by signing up for our monthly newsletter!
© ExpertServiceSolutions, Inc. 2019. All Rights Reserved.